Hello,
I'm currently interesting to use AppVeyor as build and deployment tool for my little game.
I already installed an AppVeyor Server with an AppVeyor Storage on a windows 10 pro.
We are a little team of two people and we can't afford the cost of a cloud build at the moment, we are still prototyping so we were planning to use one of our pc as a build machine (i9, gtx2070 and 16Go Ram), also gpu is required to build our game.

The AppVeyor Server work perfectly without the cache, but we use git lfs extensively for all our asset files, 3dmodels, textures, audio, ...

I already setup my appveyor.yml file to use the cache for lfs following this topic :
git lfs and build cache

The issue is that I don't manage to install properly the AppVeyor Storage package into my system. When I start a build the build fail instantly with this message (also in the screenshot below): "An unexpected error occurred invoking 'GetBuildCacheItems' on the server."

I followed this tutorial about appveyor-storage 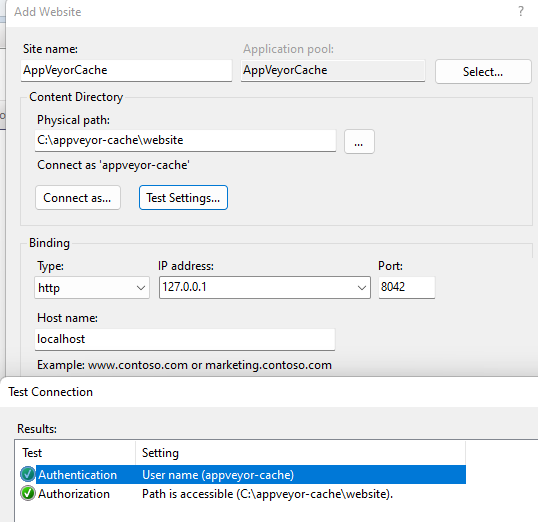 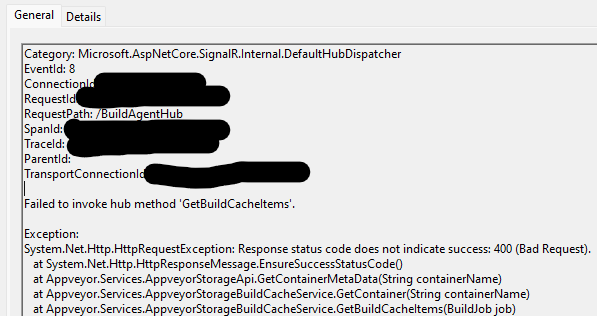 This is probably a right access problem, but I can't seem to figure out what's wrong with the actual setup.
I have two user, one named "appveyor" setup by the appveyor-server.msi install and a second one named "appveyor-cache" that I created specially to start and run the AppVeyor Storage package.

Do you have any idea of what could cause this kind of issue?
I can share the web.config, and appveyor.yml files if needed.

Comments are currently closed for this discussion. You can start a new one.

This discussion is private. Only you and AppVeyor support staff can see and reply to it.

This discussion is public. Everyone can see and reply to it.

You can use Command ⌘ instead of Control ^ on Mac